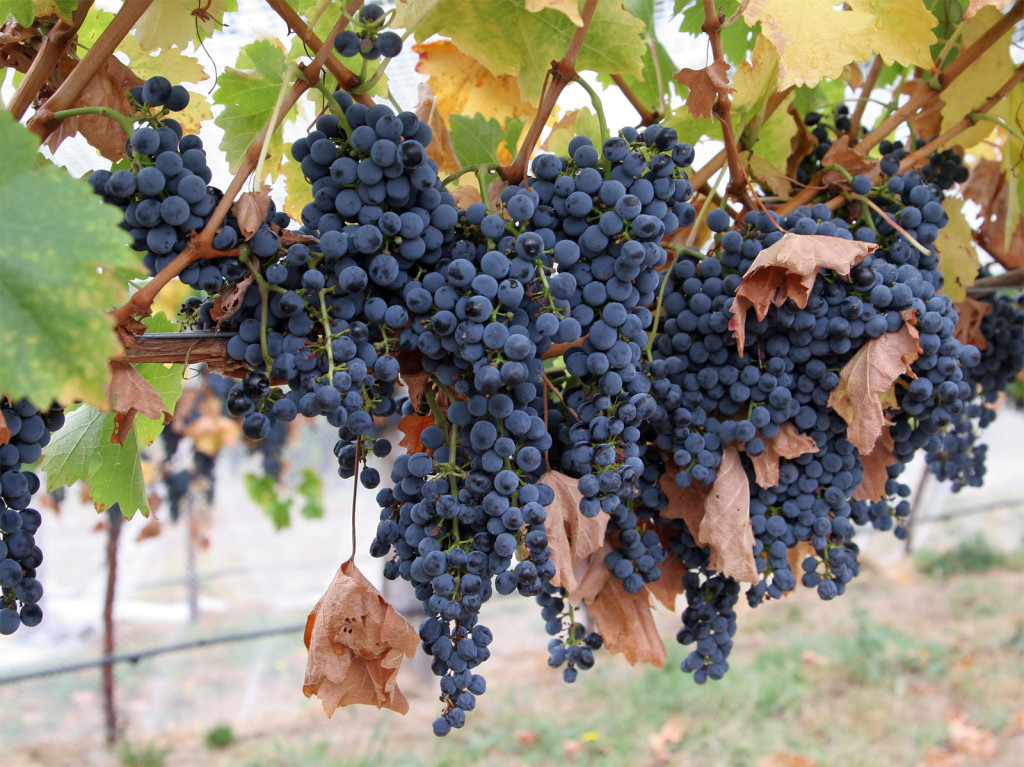 Carmenere is a French grape variety of Bordeaux origin, which is known for having a savory character that features a velvet texture, black fruit and and spicy notes. This lovely wine was almost lost to the world in the second half of the 19th century by a Phylloxera plague (insect pest) that destroyed all of the Carmenere grapevines in Europe. The varietal was believed to be extinct for many years until it was discovered that Chilean growers had imported vines from France before the plague; in fact, for most of the 20th century, wine produced from these vines were believed to be Merlot, with whom Carmenere shares many characteristics. Today, Carmenere is enjoyed as a varietal wine, but also as an exceptional blend with Cabernet Sauvignon and Merlot—unsurprising, given its Bordeaux heritage.

The 2012 Winery by the Creek Reserve Carmenere was grown in the Oakstone Vineyard in the Fair Play AVA, yielding a light and unique ruby red wine with characters and aromas found in red fruits, spices and berries. The tannins in this medium-bodied wine are gentler and softer than those in Cabernet Sauvignon. When produced from grapes at optimal ripeness, it imparts a cherry-like, fruity flavor with smokey, spicy and earthy notes. Its taste might also be reminiscent of dark chocolate, tobacco, and leather. The wine is best to drink while it is young.